Interview with H S Balram, former resident editor at the Times of India

H S Balram was the resident Editor at the Times of India for 15 years. With over 35 years of experience in journalism in various capacities, in an interview, he shares his journey from being a journalist to the Director of the National School of Journalism and more.

Can you tell us about your long, illustrious career in the news media industry?

I entered journalism a few months before the 1971 Bangladesh war broke out. I was just about 20, then. I had left my sleepy hometown Bangalore by Grand Trunk Express to a lively capital city New Delhi to join a small daily newspaper, the now defunct Motherland, as a trainee journalist, with a stipend of, hold your breath, Rs 150 per month. It was a great experience. Seniors taught me the tricks of the trade. I learnt from my own mistakes. Learnt from others’ mistakes too. I also found out that the paper had rightist leanings.

After about two years, I moved to Patriot, another small daily in the Capital, but with leftist leanings. I wasn’t concerned about whether a newspaper had rightist or leftist leanings. My interest was to get into journalism, hone my skills, get good experience, and finally move to a big, popular newspaper.

In March 1975, my dream came true. I joined the Indian Express, a widely read, anti-establishment newspaper at that time. Here I climbed up the ladder. My skills were recognized. I was fortunate to work under eminent editors like S. Mulgaonkar, B G Varghese, Nihal Singh, Kuldip Nayyar, Suman Dube, and Arun Shourie. Some of the big events during this stint in Delhi were the Imposition of emergency, Mrs. Gandhi’s assassination, the massacre of Sikhs in Delhi and elsewhere, Rajiv Gandhi’s death in the bomb blast, the JP movement, the first non-Congress Govt at the Centre, etc. My leadership qualities made my bosses look at me as potential Editor material.

In 1991, I was promoted and posted as Resident Editor of the Bangalore edition of Indian Express. A challenging task. I led a big team of journalists, improved news coverage, included new elements, and gave a newsy look to the paper. I didn’t spend all the time in my cabin. I did a lot of leg work by meeting and interviewing all those who mattered in Bangalore. Particularly the high and mighty in Karnataka’s political arena at that time — Ramakrishna Hegde, Deve Gowda, S.Bangarappa, Veerappa Moily, etc. Express reports created ripples. I made a mark as a proactive Editor. The paper’s circulation started growing. At this juncture, the Express group split. In the North, it was called Indian Express. In the South, it was christened New Indian Express. Those who led the two groups didn’t see eye to eye. I was caught in the crossfire. The Times of India came to my rescue. It installed me as the Resident Editor of its Bangalore edition.

In TOI-Bangalore, my leadership qualities flourished further. I took off from where I left off in Express. Improved local coverage in the paper. Highlighted problems that people faced because of poor infrastructure, official apathy, corruption in govt offices, political insensitivity, etc. Introduced Times Connect, a people-friendly interactive platform wherein residents of a locality came face to face with stakeholders, be it the police, civic bodies, elected representatives, activists, eminent personalities of the area, etc. I moderated the interaction. The outcome was overwhelming. Like in Express, I kept meeting and interviewing political heavyweights. Conducted panel discussions on topical issues. Wrote a political commentary called To the Point every Sunday. It was widely read. All these boosted the paper’s circulation. From a mere 30,000 copies when I took over, it rose to over 5 lakhs within a few years, pushing the then No. 1 paper Deccan Herald to a distant No 2. Express circulation fell drastically. After a fruitful stint of over 15 years, I retired from TOI in 2011. End of my career as an active journalist.

But I didn’t relax at home. As soon as my retirement news spread, Asianet News Network approached me and appointed me as its Editorial Adviser. ANN group consisted of a few TV channels, a newspaper, and an FM radio.

Apart from my advisory role, I hosted a weekly talk show on Radio Indigo for a year; interviewed stakeholders of Bangalore. It was well received. I was also on the jury of ANN’s Namma Bengaluru Awards.

After a four-year stint at ANN, I moved to the National School of Journalism as Director. From active journalism to teaching journalism. Enjoying that role for the last four years.

What has been your personal key to success?

How is the journalism job market now, and how will it be in the next 5 years?

What do you think about the new digital age journalism?

Good and bad. Good, because digital media is first with the news, and quite fast. You get information on your mobile wherever you are. Bad, because unverified and fake news is being posted as real in digital media. Unhealthy competition between various news portals has added to the dangerous situation.

Please tell us about your role at the National School of Journalism and your key responsibilities.

As Director of NSoJ, my role was to make journalism students industry ready. I focussed more on practical work than theory. In fact, at NSoJ, we don’t have classrooms, but newsrooms. I ensured that students get into the habit of keeping track of news, understand the sanctity of deadlines, learn technological skills, learn ethical values, interact with active journalists, participate in group discussions, analyze topical issues. I sent them on outdoor assignments, made them file reports within strict deadlines – both long-form and video reports, teach them tight editing, and all that today’s journalists should know.

What makes the National School of Journalism unique? How is it structured? How are the programs different than those at other schools?

We have both 3-year UG and one-year PG Diploma journalism courses – Print, Broadcast & Digital. Unlike many journalism schools, we have veteran and active journalists as members of the faculty to teach newsgathering & reporting, writing, shooting & editing, business, sports & lifestyle journalism, photography and documentary filmmaking, law, and the media & journalistic ethics. We choose students through a tough written test and interview. Only those who are sincere, hardworking, and highly ethical are given admission. We place PG Diploma students as interns for two months in leading media houses during the course. In campus placements, we have achieved 100 percent every year. For UG students, apart from the syllabus prescribed by Bangalore Central University, to which NSoJ is affiliated, we offer them certificate courses in writing & editing, news gathering & reporting, photography, filmmaking, public speaking, sports, etc. Those students who complete 21 such certificate courses across three years will be eligible for Diploma in Journalism, along with their BA degree.

What are your suggestions for the current youth and aspiring students?

They need to be more focused. Keep eyes and ears open for authentic news. Follow journalistic ethics. Sooner or later, specialize in one or the other beat — political, social, crime, civic, business, sports, lifestyle, etc. Keep off fake, biased, and unverified news.

What, according to you, are the essential skills a journalist should possess?

A good nose for news. Good at networking. Good command over the language. Good analytical skills. Good ethical values. Good at interacting with the public. 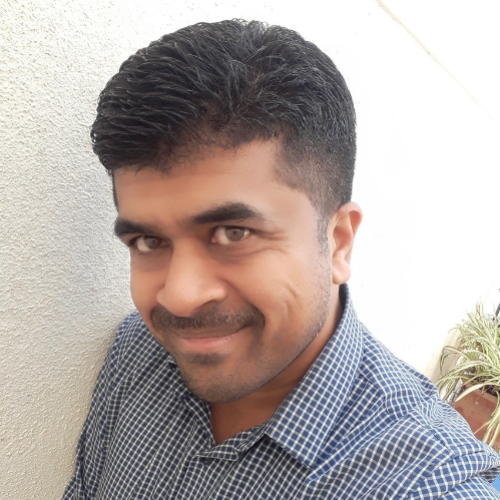 Tariqhttps://tariqsp.com
An entrepreneur based in Bangalore with a passion for blogging, real estate, and digital marketing. Connect with me on Instagram @imtariqsp.
RELATED ARTICLES
City Speaks